Australia, US and Japan look towards a cleaner, sustainable future

The US Consul General Sharon Hudson-Dean and the Japan Consul General Kiya Masahiko spoke to students at Western Sydney University about the United States and Japan’s relationship with Australia and the work they are doing to combat the threat of climate change.

The two separate on-campus events were held in April and May this year at WSU Parramatta South campus. “Chat with a Diplomat” is embedded in university’s International Relations and Asian Studies major in the Humanities and Communication Arts program. These annual events invite students to the world of diplomacy, facilitating their engagement with working professionals and experts in the field.

Following the Quadrilateral Security Dialogue virtual summit meeting, Morrison issued a media release which stated that COVID-19, the threat of climate change and the security challenges facing the region summoned them with a renewed purpose. U.S Consul General, Sharon Hudson-Dean confirmed at the WSU event that the United States is setting up a US AID office in Canberra this year so that communication between the two countries and Australia will be instantaneous. This will allow for a more collaborative approach to handling issues and projects in the Indo-Pacific region.

“We’re definitely working closely together on the Pacific Island countries, that is a place where we are looking across the board at things we can do together, Australia and the US, to help these smaller nations,” says Hudson-Dean.

Head of Public Affairs for the US Consulate General Donald Maynard told students that one of the projects the United States and Australia are working on together is overseeing the electrification program in Papua New Guinea, focusing on renewable energy and how to efficiently use it.

“There is also talk of a powered conduit pipeline from northern Australia to Singapore which will help Australia export a lot of its renewable energy to Singapore,” Ms Maynard said.

Tackling climate change and discussing strategies to dramatically reduce carbon emissions by 2050 was one of the main topics both Hudson-Dean and Kiya discussed. Japan set a goal of zero carbon emission by 2050, while the US is aiming for a 50 per cent reduction by 2030. In a media release, Morrison stated one of the main priorities each country has is the commitment to working together in reducing the impacts of climate change.

“We are united in recognising that climate change is a global priority and will work to strengthen the climate actions of all nations, including to keep a Paris-aligned temperature limit within reach,” says Mr Morrison.

Mr Kiya said that climate change is one of the most important global issues and Japan aims to take the lead towards change. He emphasised that resolving the issue requires collaborations from all global partners based on their strength and capacity. He adds that the issue is interlinked with major global issues including poverty, health, education, bio-diversity, security and peace.

“We need to address all these issues concurrently,” Mr Kiya notes.

Global warming is an issue high on the list for the United States who is ranked the second-highest emitters of carbon dioxide in the world as reported by the Union of Concerned Scientists. Hudson-Dean told students she believes that the Biden Administration’s infrastructure plan, a US$2 trillion economic package that is yet to pass Congress, is an important step towards reducing the impacts of climate change.

“The President and the Secretary of State have said very clearly that this is an existential problem,” states Ms Hudson-Dean.

The infrastructure plan will include investing US$174 billion in manufacturing electric vehicles, building a network of electric vehicle stations, commissioning electric buses and replacing federal government diesel vehicles for electric vehicles. US$180 billion will also be spent on new research and development with an emphasis on clean energy, fewer emissions and climate change research.

Ms Hudson-Dean acknowledges there will be challenges if they are to move forward saying “the US Congress has a number of people that don’t agree with some of these policies, so we will have to work through that”. She adds that collecting and analysing scientific data about the effects of global warming is key to making sure that the policymakers underpin their decisions using research and facts so that they can come up with policies that make sense.

“Having that data on hand is what policymakers need so that they can start looking at what are the implications, what would be the economic impact and what would be the health impact to come up with the right policies,” Ms Hudson-Dean said.

Japan is focused on transformation rather than the abrupt halt to the use of primary energy sources that contribute to climate change. He said an immediate ban on non-renewable energy is unrealistic and irresponsible due to the grave implications that would have on developing countries. Smaller states in the Indo-Pacific are not equipped with the resources and technologies to use cleaner energies and would inhibit their capacity to meet the demand for energy in underdeveloped and highly populated areas.

“Japan’s approach is not to ban coal altogether. Japan is making use of high-quality coal and using it in high tech manner to produce the lowest carbon emission,” Mr Kiya said.

Responding to a question from one of the students, Kiya said that although there is public concern in Japan regarding nuclear energy after the 2011 Fukushima disaster, this clean energy source remains one of sources that Japan will be using to achieve its set target.

“We retain the stable, reliable nuclear energy as one source of energy in Japan,” Mr Kiya said.

Since 2013, Japan has initiated more than 180 development projects to reduce carbon emissions in collaboration with 17 partner countries in Southeast Asia, South America, the Middle East and Africa. Japan is also the second-largest donor to the Green Climate Fund (GCF) with a contribution of three billion US Dollars. This climate fund supports developing countries in reducing Green House Emissions as well as introducing clean-energy technology.

“What Japan has been doing in the Indo-Pacific region in the last three decades, is to improve infrastructure as the basis of economic growth,” Mr Kiya said.

As two of the closest US allies in the Asia-Pacific region, Australia and Japan share strong economic and people-to-people ties. With Japan being Australia’s second-largest trading partner, Australia supplies around two-thirds of Japan’s coal, according to the Department of Foreign Affairs and Trade. Decisions to change energy sources will have a huge impact on the economic ties.

“The energy relationship is key to our two countries… it links Australia and Japan together and links it to the world,” says Mr Kiya.

To achieve the desired goal while ensuring minimum damage to both economies, Japan intends to source clean energy from Australia to replace coal and fill the gap caused by this decrease in demand for coal.

“Working with Australia, we make innovative ways to ensure the same or even less amount of energy consumption,” Mr Kiya said.

The two on-campus events were a great opportunity for students studying International Studies, as they were able to listen to and ask questions from diplomats with extensive experience in the field.

“The ability for our students in this diplomacy class to speak to such a high-ranking diplomat from one of the most important countries for Australia, is truly a highlight of our semester,” said Dr Diane Colman, lecturer in international relations and global politics at Western Sydney University. 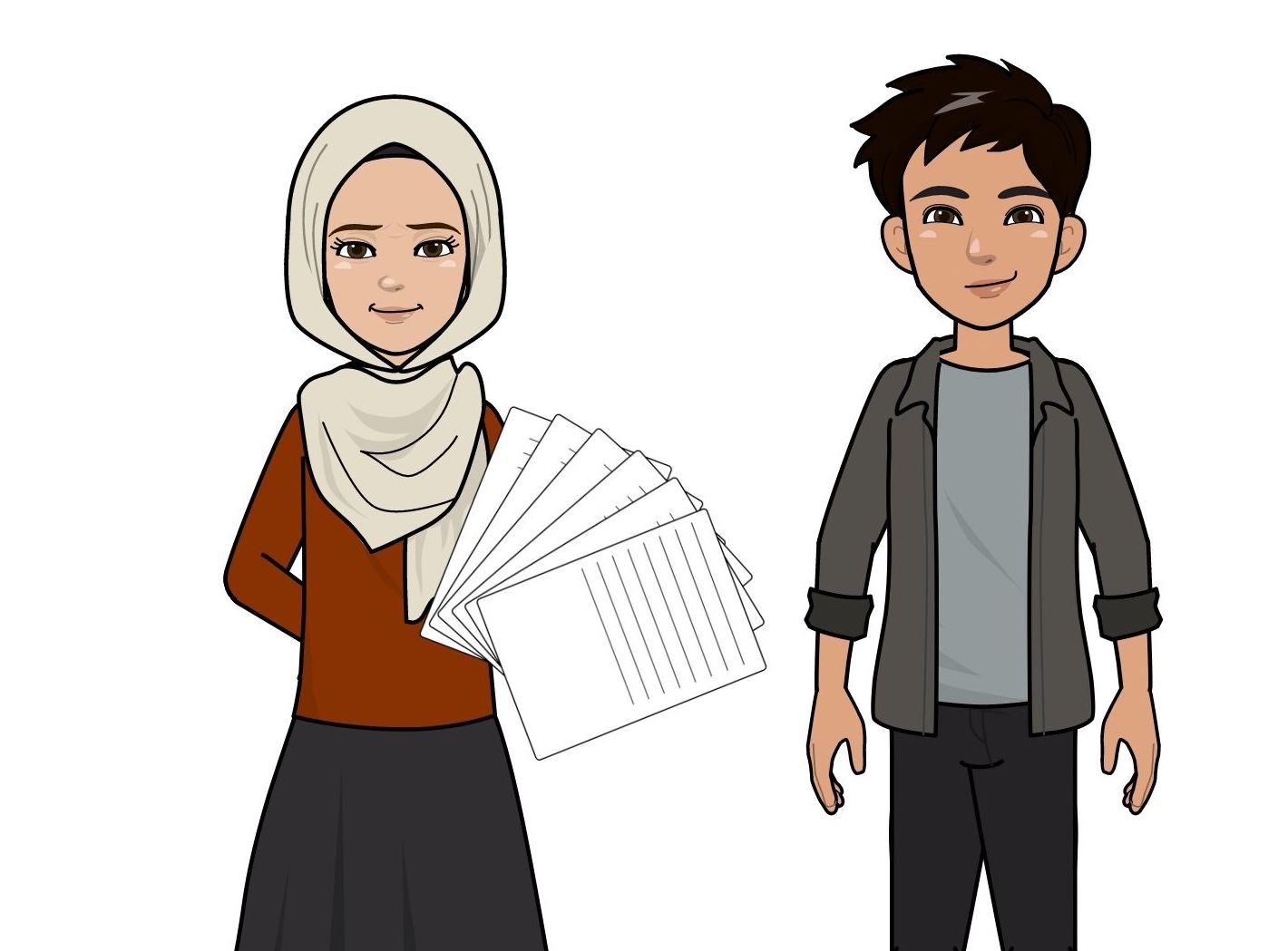 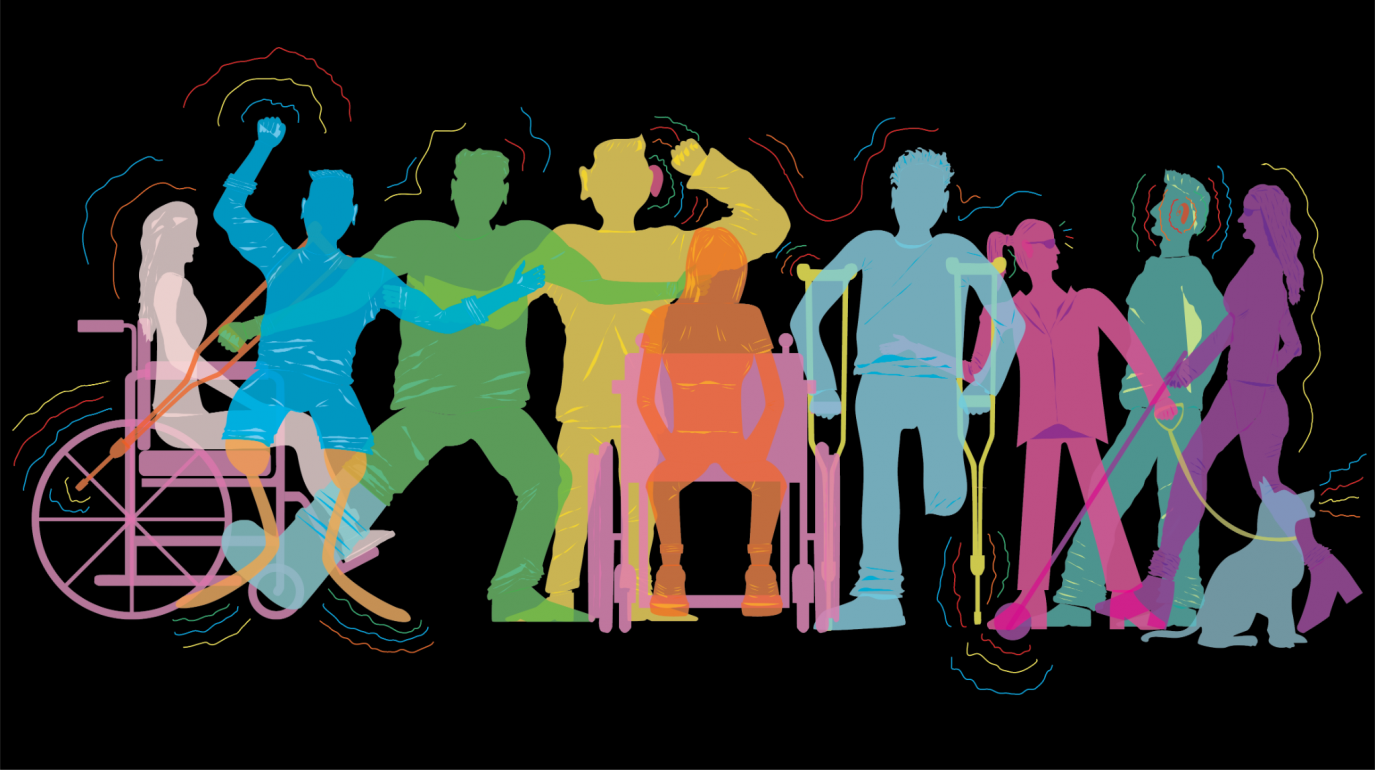 Tackling disability support: is WSU really the uni that “cares”?

Western Sydney University (WSU) advertises itself as a supporter of equality for all. Several anecdotes...
By Sarah Cupitt 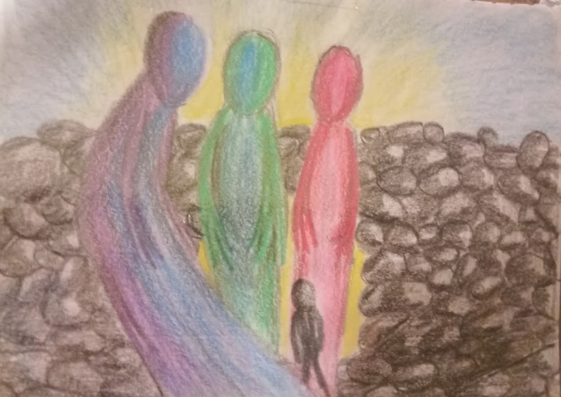 “I might be crazy”: Mental health over uni burnout

Your university career can wait, units can be re-taken but you are irreplaceable!
By Hayley Elford 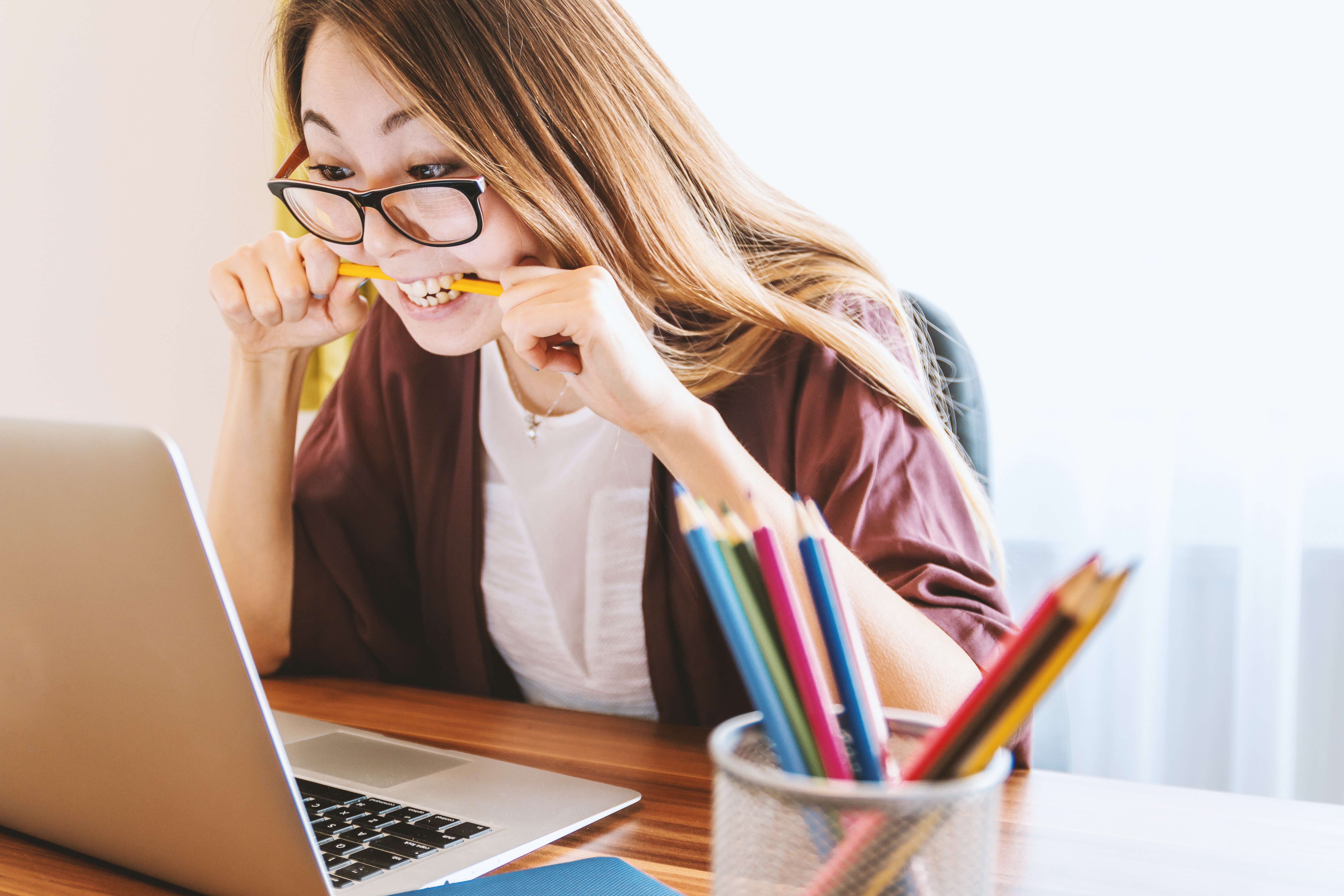 How to deal with university when you’re burnt out

University can get pretty overwhelming sometimes. Here are some practical ways you can curb the...
By Katelyn Brunner 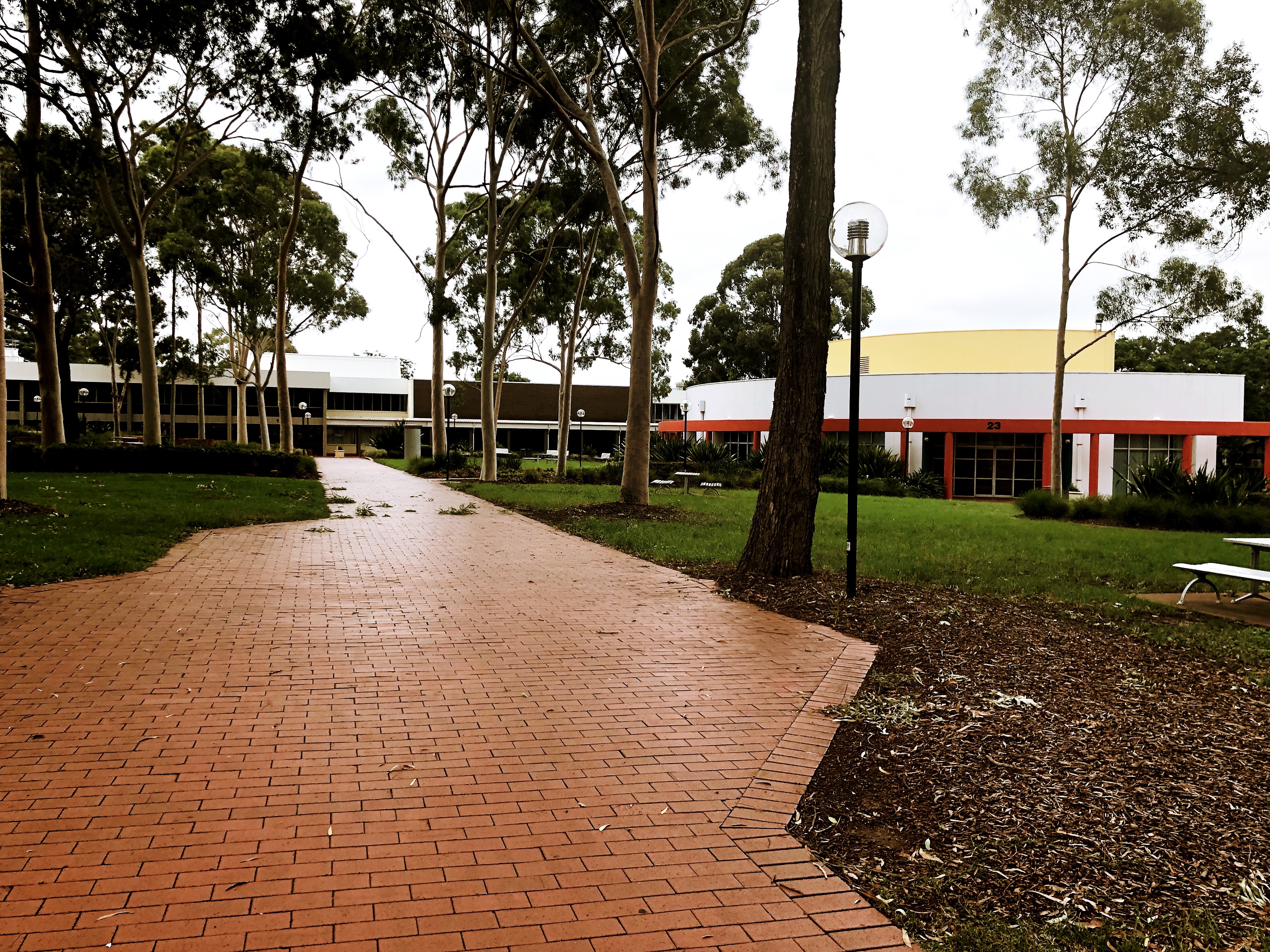